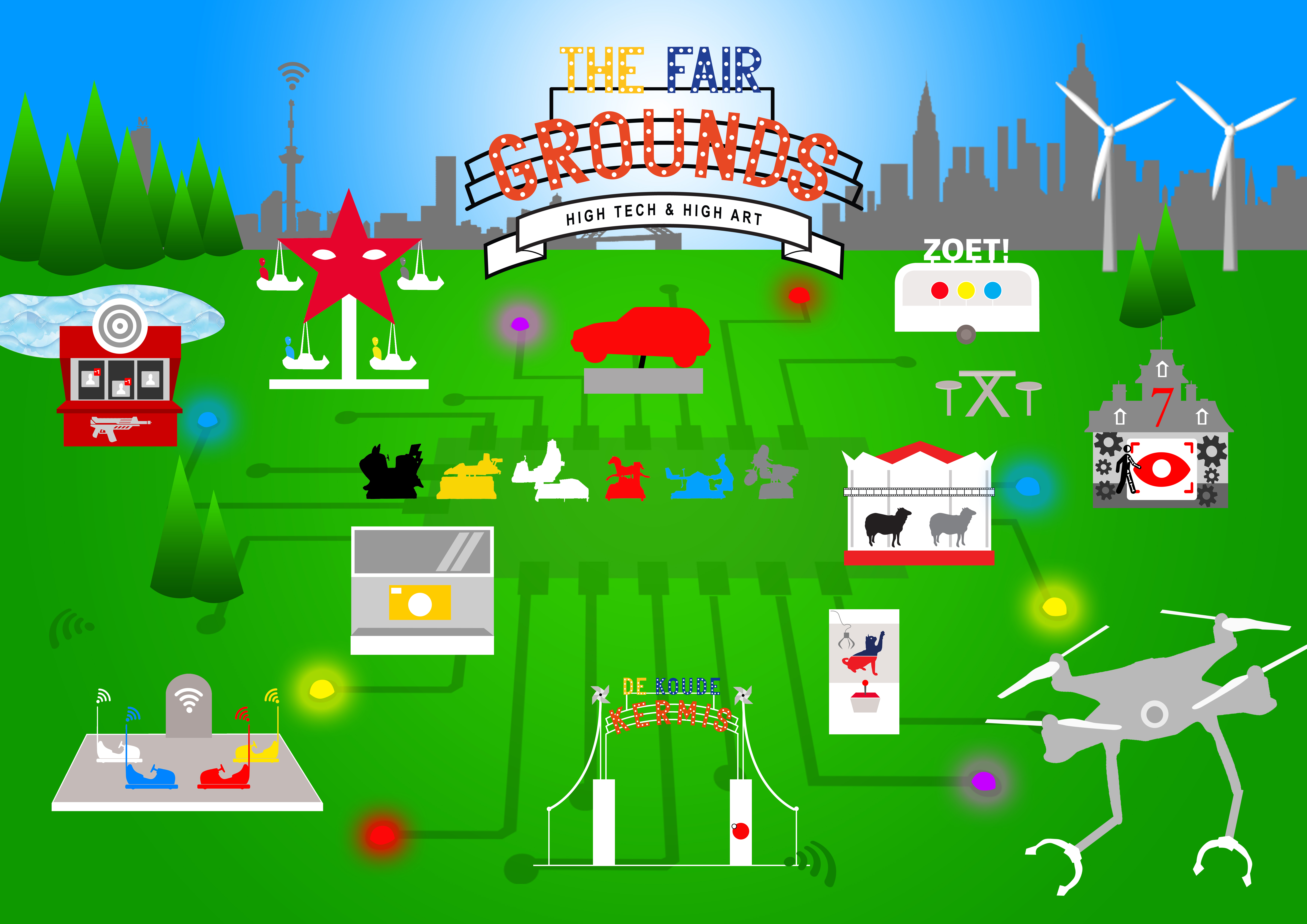 The Fair Grounds is an artistic project by the Dutch new media art collective DROPSTUFF MEDIA. The Fair Grounds consists of multiple independent installations where traditional amusement rides have been updated with new artistic or social narratives. The result is a truly new fairground, where every ride has been modified or enhanced and tells a surprising story in the public space: folk culture meets high tech and high art!

For instance, take a ride on The Fair Grounds 1.0, a virtual reality rollercoaster ride using 6 converted kiddy rides. Take a spin in the augmented reality carousel of Carnaval des Moutons, a merry-go-round ode to the zoetrope. Or hop into the self driving bumper cars of Bumper Ballet and experience the difference and similarities between bumping & dancing.

Coming soon to a festival near you

Just like a traditional fair, The Fair Grounds functions as an international travelling project. It crosses both borders and boundaries by visiting high-art cultural events like the Venice Biennale as well as traditional fairgrounds and local festivities. Kicking off its running tour in 2018, the project has since visited festivals in France, Austria, Germany as well as its origin country of The Netherlands. It has won multiple awards, including the NICE Award, a European prize for social innovation. In 2020, The Fair Grounds has been nominated as a finalist for the prestigious American SXSW 2020 Art Program.
Are you interested in having one, several or all of the installations of The Fair Grounds at your festival, event, congress or meeting? Do not hesitate to contact us for more information. You can send us an e-mail at info@dropstuff.nl, give us a call at +31 (0) 35 677 19 12 or use this contact form