You are here: Home1 / now2 / The Fair Grounds present at Olala, Internationales Straßentheaterfestival ... 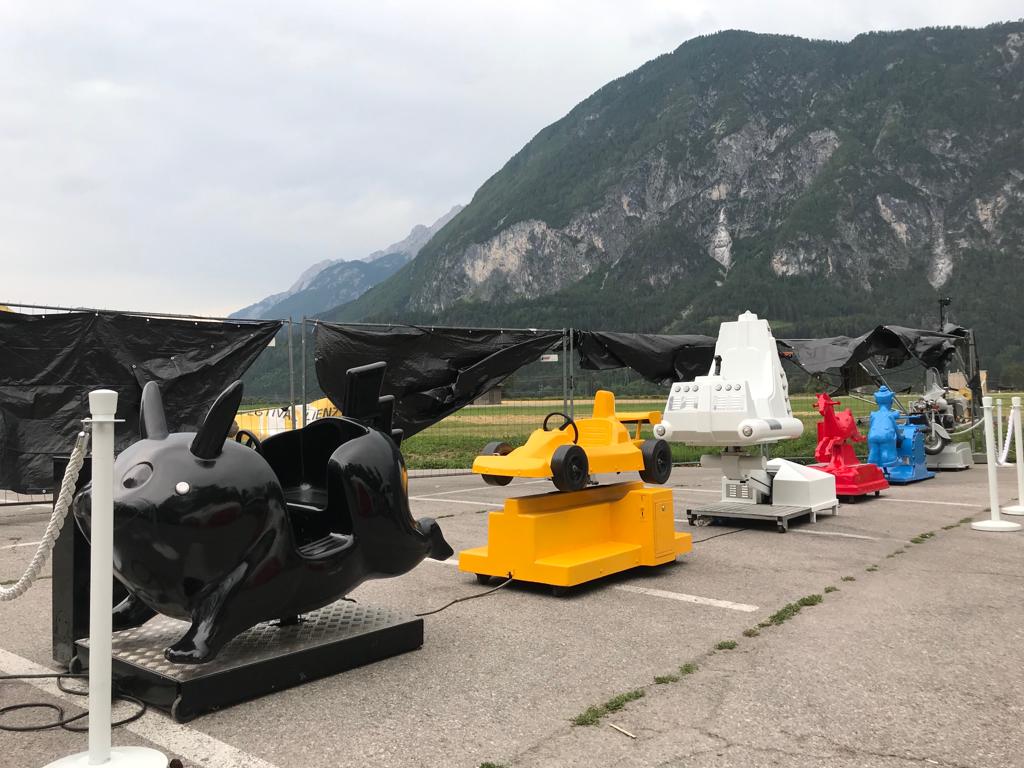 The Fair Grounds 1.0 as an installation consists of six nostalgic so called ‘kiddy rides’: carnivalesque attractions restored to their former glory and covered in a high gloss unicolor polyester layer. Colored in the template of ‘De Stijl’, the famous Dutch modernist art movement of Piet Mondriaan and Gerrit Rietveld.

The objects are placed behind one another, lining up to make a small coaster train. Passersby are invited to take place: they can choose between a motorbike, a horse, a race car, a helicopter, a ‘Pikachu’ and a clown seesaw. Once seated, they don a VR-headset. A big red button will activate the whole ‘coaster train’. Every ride moves autonomously from each other in its own manner.

Once inside of the virtual reality, the participants are raced through both Venice and Amsterdam in a high-speed roller- coaster experience. The Fair Grounds 1.0 turns tourists into art-connoisseurs and art-connoisseurs into tourists.

Venice Biënnale 2017 and more
The Fair Grounds 1.0 was launched during the Venice Biënnale 2017 in collaboration with the Dutch Embassy in Italy. During the Cinekid Media Festival 2017 the installation ‘The Fair Grounds 1.0‘ won the Golden Lion Audience Award! As of 2018, several custom-made 360-3D-VR-experiences have been made for cities like Hilversum, Culemborg and The Hague.

Come & see The Fair Grounds at the coast at Festival Onderstroom, Zeel...