Ride through Europe with the #BigArtRide! A virtual bridge between Europe using VR-technologies, art and … bicycles!

#BigArtRide – the European Tour is a VR-project initiated by DROPSTUFF.nl in cooperation with Europeana, the Netherlands Institute for sound and vision and The Embassies of the Kingdom of the Netherlands throughout Europe, hosted for the occasion of the Dutch Presidency of the Council of the European Union in 2016. It is a new cultural media-project that connects citizens throughout Europe with one another through the means of a uniquely developed VR-cycling game! Ride through the city of the future, filled and generated with collective cultural heritage.

Throughout the months of April, May and June the project will tour using two installations: one in Amsterdam and one in nine different European capitals. On each occasion contestants in two different cities will be invited to hop on a cycling-installations, don a ‘Oculus Rift’ VR-headset and navigate through a virtual city filled with highlights of centuries of European art. The Dutch Minister of Education, Culture and Sciences, Ms. Jet Bussemaker, started the project in The Hague by cycling herself.

To be the first to finish! Passersby and onlookers can aid their cyclists using giant interactive objects like a bicycle bell and a bicycle pump  When the race is over, both cyclists can see each other in ‘real life’ using a webcam connection.

This unique and interactive project creates unexpected virtual and real-life meetings by using the most modern of media technologies in an innovative way. During each occasion of the #BigArtRide, a virtual bridge is built that connects Europeans to one another. The virtual city through which the cyclists of #BigArtRide race is filled with artwork from all European member states, submitted through the Europeana 280 project.

A city that adapts to the creativity of it’s inhabitants

The architecture of this virtual city is inspired by the concept of CoBrA-artist and architect Constant Nieuwenhuijs en his renowned project “New Babylon”. His vision of the city of the future is a layered and adaptive city, one which adapts to the creativity of it’s inhabitants. In the city of #BigArtRide participants will see artworks of all 28 European Union member states and Norway. Each country has been asked – in light of the Europeana 280 project – to submit 10 different artworks.

The Europeana 280 campaign hopes to get people across Europe involved with art treasures from their own and other European countries, and is supported by the European Commission as part of the development of Europeana. The submitted works have been incorporated in the virtual city of the future. The result gives a new context to the richness and diversity of the European cultural heritage.

#BigArtRide – hop on near a city square near you!

Opening in Amsterdam with a connection to Brussels, the #BigArtRide tour will travel through the broads and lengths of Europe. Each weekend, it will latch on to a national or local event, hosted in an accessible and public space and invite local passersby, visitors and guests to hop on and take the #BigArtRide! We will publish the exact touring dates as they unfold on this website, on our Facebook-page and the Europeana-website and we look forward to giving you a unique peek into the future of European cities!

Partners:
The Embassies of the Kingdom of the Netherlands in London, Berlin, Paris, Brussels, Rome, Warsaw, Prague and Vienna, Ministry of Education, Culture and Science and ING Bank Belgium

Curious  to see if the #BigArtRide experience is coming to a city near you? Follow the event as it unfolds on our Facebook-page ! 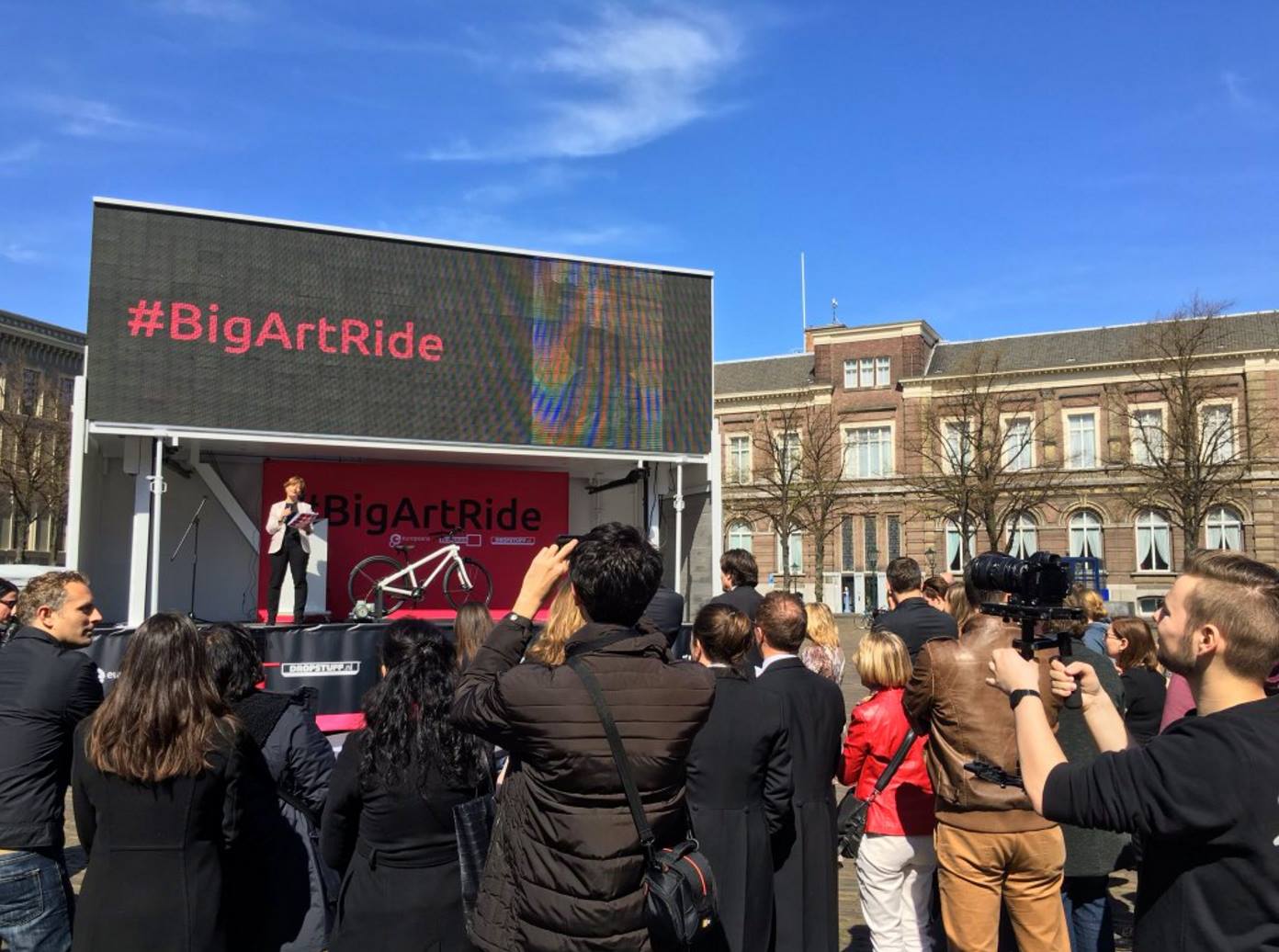 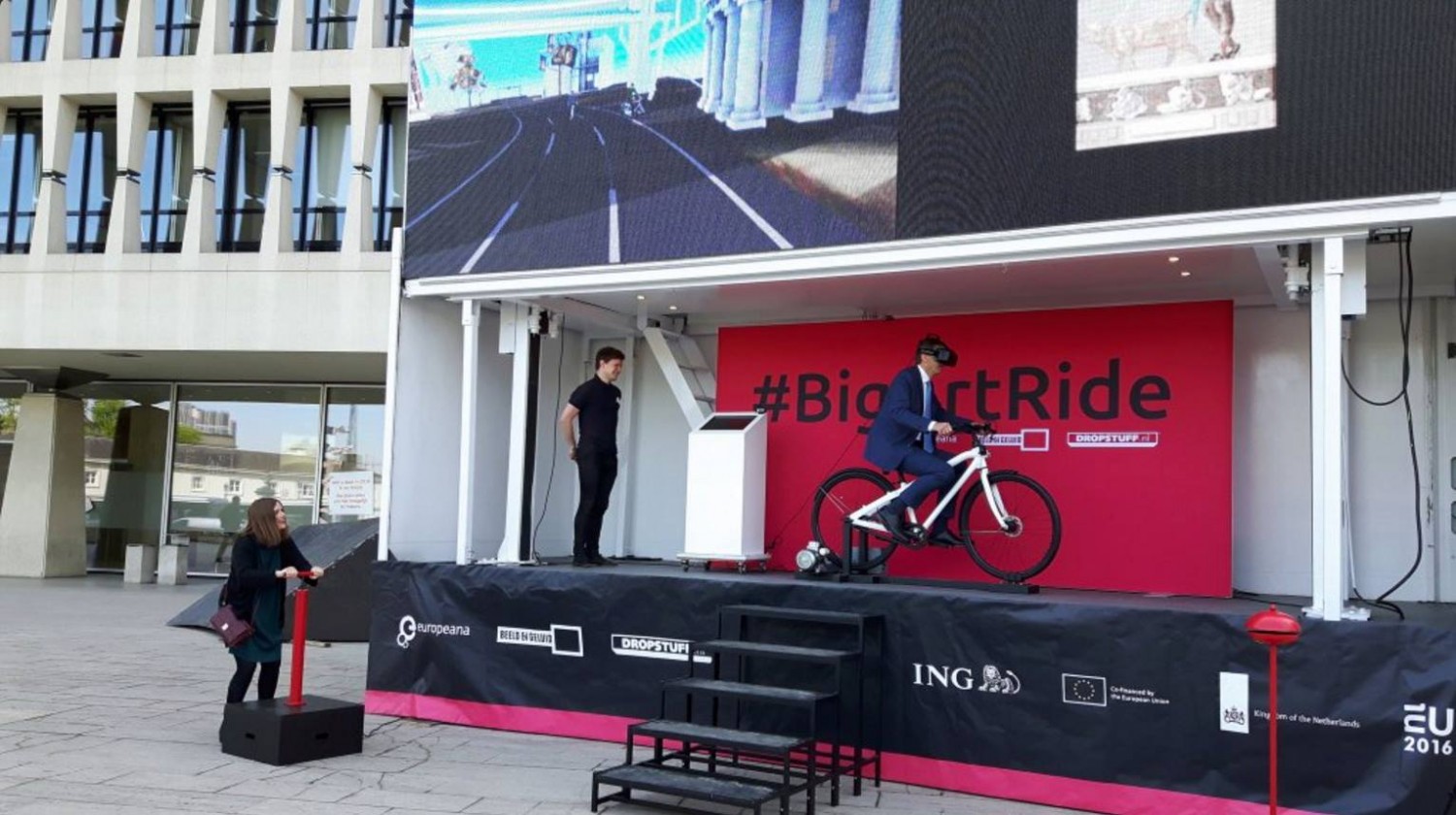 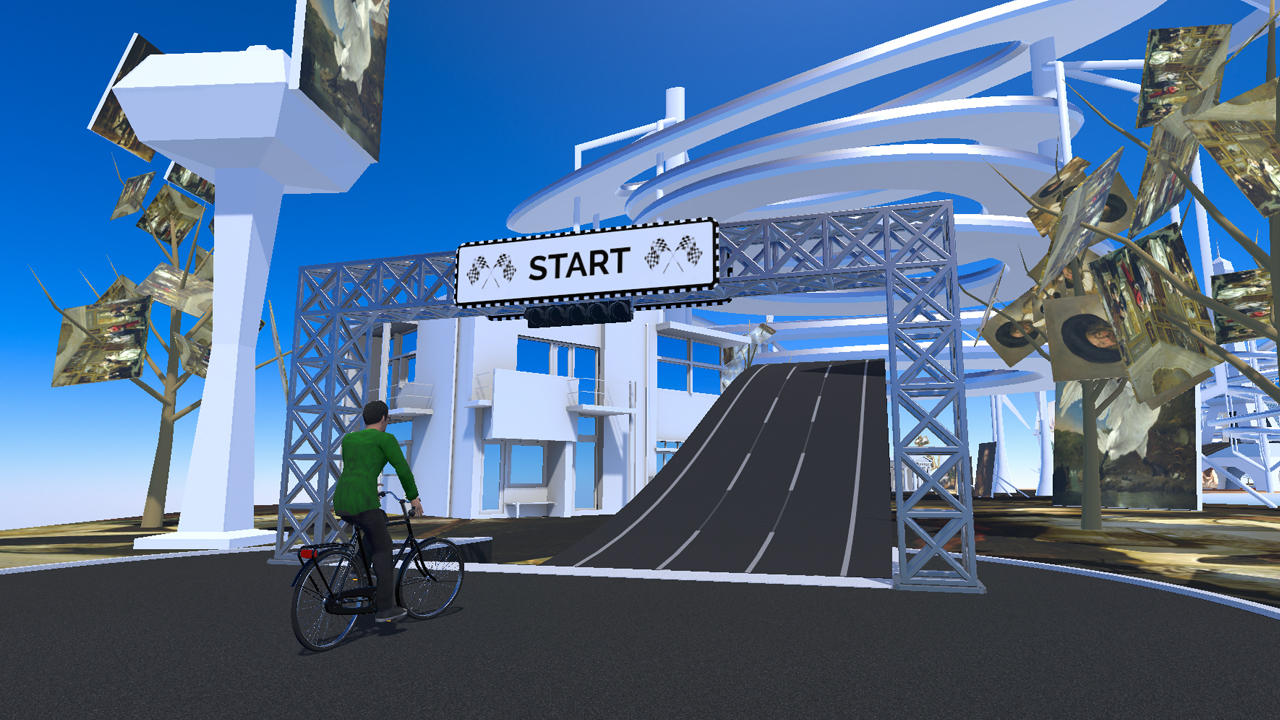 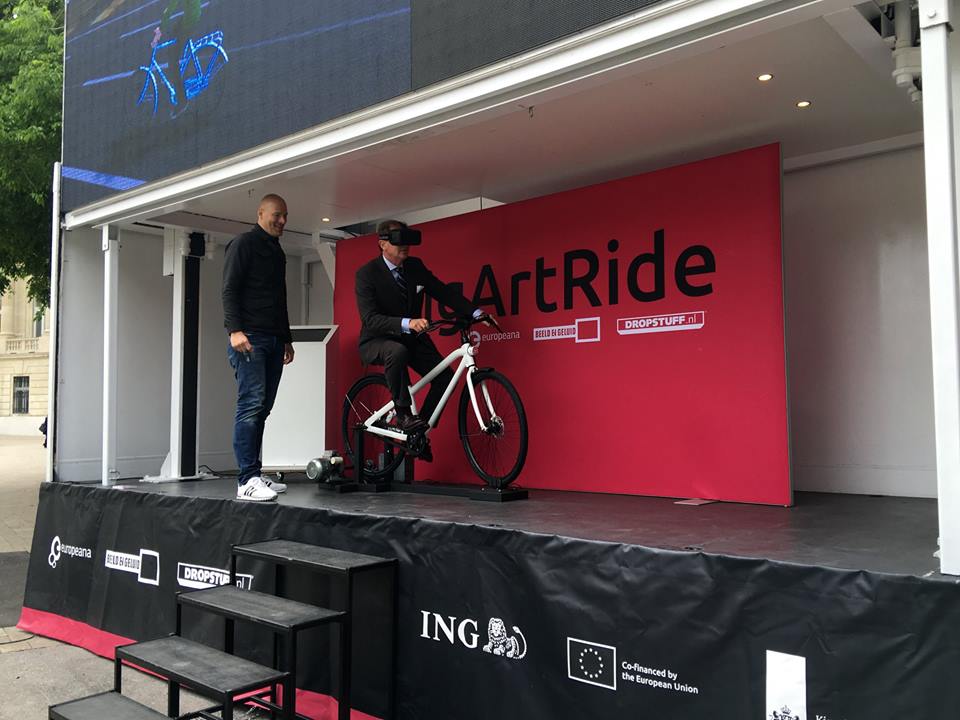 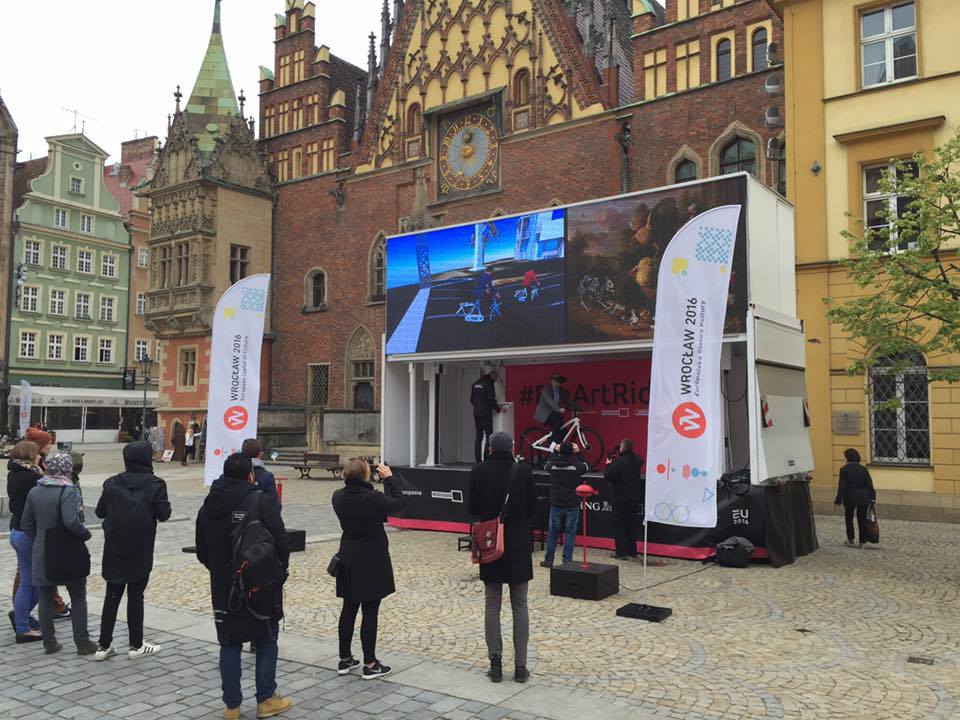