The Fair Grounds and Carnavals des Moutons at AV Festival 2019 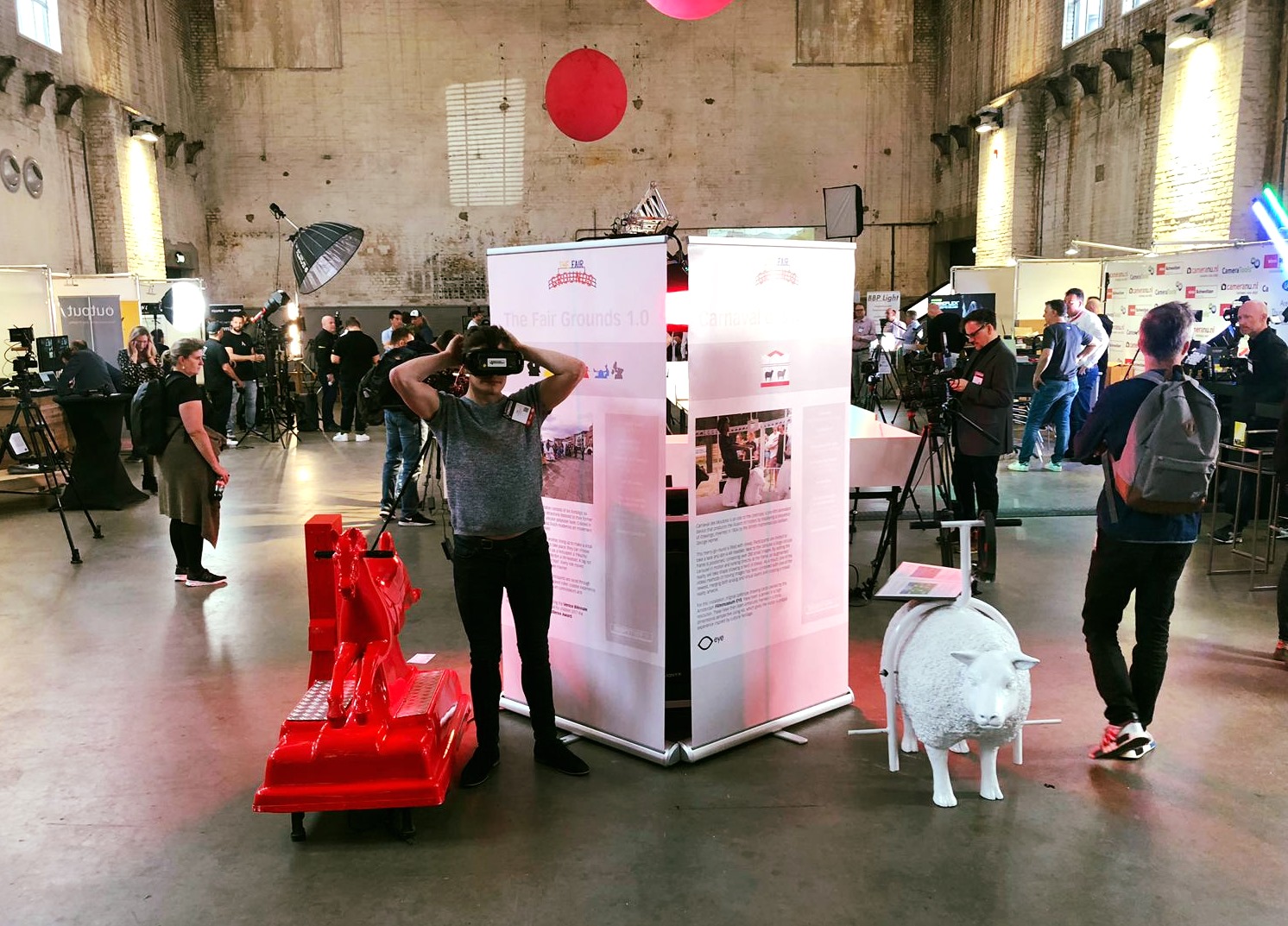 The Fair Grounds is an artistic project by media art collective DROPSTUFF MEDIA. The project builds a collection of artworks where amusement rides are presented as art installations. New narratives have been added to fairground attractions as well as to old forms of folk culture. Both have been updated with rich stories of cultural heritage, the imagination of the arts and the wonderment of new technologies. The result is a truly new fairground, where every ride has been modified, enhanced and now tells surprising stories to a mix of generations: folk culture meets high tech and high art!

At The Fair Grounds, nothing is as it seems. Take a ride on ‘The Fair Grounds 1.0‘, a virtual reality rollercoaster ride with 6 converted kiddy rides; play the classic Dutch videogame ‘Vakantie Racer‘ in Time Travellers; choose from one of 20 tasty & fresh e-numbers at the ZOET!-candyfloss truck; go for a spin in the Carnaval des Moutons merry-go-round – an ode to the zoetrope – or hop in the self driving and dancing bumper cars of Bumper Ballet!

A new media fairground for everyone

Historically, fairgrounds and travelling fairs have always been ‘the unwritten portion of the story of the people’, an event that is both living and dynamic and reflects the influence of popular culture. A celebration where the ingredients of spectacle, experience, technology and reality are part of a great melting pot for a large audience.

With the project The Fair Grounds, DROPSTUFF MEDIA combines the rich history of fairs with modern day culture and technology festivals to create a place where once again new insights and discoveries are being presented to a broad audience. We connect two different ways of storytelling: fairgrounds and art. Finding a common ground where ‘inclusive‘ replaces ‘exclusive‘ inside the cultural sector.

The goal of the project is to grant access to rapid technological and creative changes for an audience that doesn’t necessarily have access to it. To reach this goal, we team up with existing fairgrounds but also artists, designers, museums and cultural institutions. We use a combination of new and social media, virtual and augmented reality, artificial intelligence, 360° and 3D video, drones, robots, projection, cameras, sensors, self-driving cars and other applications, but also more traditional media such as theatre, photography and physical (art)objects.

From 2018 onwards, The Fair Grounds will travel to existing carnivals, fair grounds and festivals and present itself to a broad audience. At every large event, a new ride will be unveiled and added to the collection. In 2019 we released Bumper Ballet, where the participants will experience firsthand the implications of ‘self-driving technology’

Look back on the wonderful Dutch premiere of Bumper Ballet at Dutch Technology...

Because these cookies are strictly necessary to deliver the website, refusing them will have impact how our site functions. You always can block or delete cookies by changing your browser settings and force blocking all cookies on this website. But this will always prompt you to accept/refuse cookies when revisiting our site.